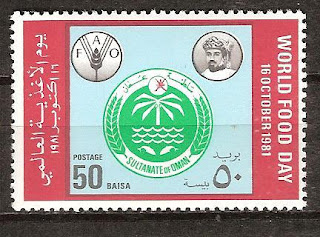 A roulette separation on stamps that consists of parallel diagonal slits.

Any form of marking used to deface a stamp. An obliteration may refer to a cancellation or those political obliterations where unwanted parts of a stamp design are marked out by overprinting.

No longer in general use. An obsolete stamp may or may not have been demonetized; it simply is no longer sold over post office counters.

Occupation Stamp A stamp issue released by the conquering force of an occupied country for specific use in that territory or area. Such stamps may be overprinted or surcharged stamps of the occupied country itself or entirely new stamps created for that purpose.

Desirable and collectible items that don't fit comfortably in the error or freak categories. Such items include plate varieties, odd or unusual cancels, and a host of other unusual items.

A stamp that is not well centered within its perforations or margins, due to production imperfections or mishandling during separation. Stamps that are off center are undesirable to most collectors. They are too poorly centered to be attractive in a collection, but not poorly centered enough to be considered misperforation freaks and, thus, are collectible.

A stamp soaked or otherwise removed from the envelope or piece to which it was originally affixed for mailing.

Usually overprinted or surcharged stamps with the country name, or currency, or both, of another country in which the satellite post office is located. The United States, France, Great Britain, Italy, and Germany are some of the nations that have issued stamps for use in their post offices abroad.

Mail sent on official government business, frequently designated by special stamps, postal stationery, or overprints. U.S. Official mail that did not use special stamps often was called Penalty Mail, because the special envelopes for it included the imprint "Penalty For Private Use $300."

Official Stamps Postage issues released for use by the government and selected officials on official government correspondence. These may be specially designed stamps or overprinted postage issues. In some cases, various government departments may or may not have to pay for the stamps they use, but in most cases, official stamps provide an effective means for the government to keep tabs on individual and departmental expenditures.

A form of indirect surface printing that works on the principal that oil and water do not mix. Offset printing is now the most economical and versatile form of printing known. Its roots are in lithographic printing, which is another form of surface printing using a litho stone (a type of limestone from Germany) as the plate. Modern offset printing is accomplished with the use of an aluminum plate that is photographically treated to retain the positive stamp image, while attracting ink. The non-design areas repel the ink. Rather than applying the inked image directly to paper, the offset plate transfers the image to a rubber blanket roll (a negative image) that then transfers the design to paper for the finished stamp. Indirect offset printing can use the characteristics of any other form and can be accomplished with both sheet-fed and web fed presses.

A term most often encountered with the first issue revenues, although it also is found with some private die proprietary issues. Old paper is the tough, semi-transparent paper in use during the 1860s. "Old stamps not recognized" A special postal marking applied during the U.S. Civil War. As part of an effort to pressure the South financially, the United States government devalued all postage stamps released prior to 1861. This left large stocks of unusable postage in the South, which could no longer be exchanged for cash to aid the Confederacy. When these devalued stamps were detected on mail, the marking "old stamps not recognized" was applied to the mail piece. This scarce marking is valuable and extremely scarce. Omnibus Issues This term describes stamps or sets of stamps released by several different countries to mark the same event. The designs of omnibus issues may be identical, similar, or completely different, although they are most commonly found with similar designs. In most cases, omnibus issues are released by different colonies of a single country or member states of some other postal union. These unions include the British Commonwealth and the European federation of countries, to name but two.

Any stamp still on the entire mailing piece (usually an envelope or card) to which it was originally affixed for mailing and subsequently canceled.

Describes stamps that are still affixed to a bit of the paper of the original mail piece. Such items are usually cut close. On Piece A similar term to "on paper," but this usually refers to a larger piece with some form of cancellation or other validating form of postal marking, giving evidence of where or when the stamp was originally mailed. Stamps on piece are often neatly cut to facilitate mounting. Opera Glass Cancel A double-ring obliteration designed by Pearson Hill that was used in Great Britain during the late 1840s. Original Gum The adhesive originally present on a stamp at the time it was produced. Many older stamps have been regummed, but there is a premium for stamps with original gum, even if it has been disturbed or redistributed. Overall Tagging Several types of phosphorescent tagging where individual stamps are completely covered with taggant. This includes stamps tagged by continuous steel or rubber rollers that apply taggant, as well as large blocks that cover full panes of stamps. Overprint Any form of printing applied to a finished stamp.

can be text or pictorial, and can take the form of a surcharge changing the value, change in country name, pre-cancel, commemorative, or security feature.

A chemical process where the color of a stamp is greatly changed by exposure to elements present in the air or by improper storage. In some cases, the changed in appearance caused by oxidation can e reversed. Despite its dramatic appearance, an oxidized stamp is of interest to collectors only as a reference item or as a curiosity. It represents a form of stamp damage.
Posted by StampDad at 7:23 PM

eToro is the #1 forex trading platform for new and established traders.