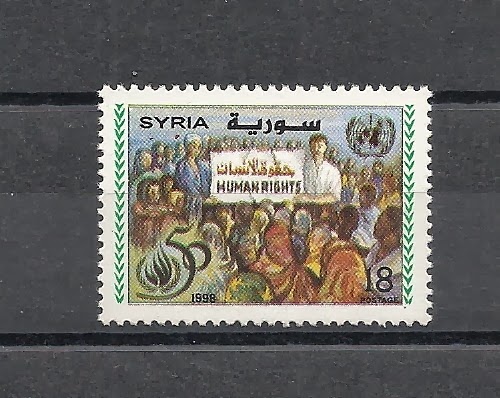 Above is the Syria stamp from 1998 touting human rights. This is the ultimate irony since its independence in 1946. Before that date is was controlled by Turkey and then by France, both which used its own altered postage for Syria but never issued strictly Syrian stamps. As witnessed by recent news like most abused entities it became a routine abuser upon independence by killing its own citizens for the past 5 decades and often engaging in massive criminal and political enterprises against it neighbor country Lebanon.
Posted by StampDad at 8:15 PM No comments: