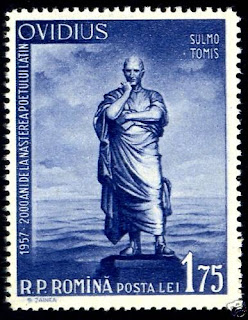 A small working office on board a train. These post offices on a single railway car sorted, cased, canceled, and bagged mail while the train was en route. Railway post office service was phased out during the 1960s.

A special postmark applied to the back of a cover that denoted the receiving town name, date, and frequently the time of arrival. Historically, this has been an important means of documenting mail delivery. Although received markings are still used in some countries and are sill occasionally found on United States covers, the practice was officially discontinued prior to 1920.

A stamp design that has been repaired, retouched, or otherwise strengthened or altered on the printing plate. Because the alteration has been done by hand on the plate itself, the printed stamp usually will be visually different from its counterparts in some way. Recuts may be minor or major and, because they are constant varieties, they will always appear on stamps form the same position and plate.

The reworking of an existing stamp design. Rather than going back to the printing plate, transfer roll, or even original die, a stamp producer will base new artwork on an existing stamp design; the result is a similar but face-different stamp. One of the more well-known examples of a redrawn stamp is the U.S. 5-cent Washington of the 1965 Prominent Americans series. The original design was thought to make Washington look too swarthy. As a result, the redrawn design, which appeared in 1967, features a new and improved clean-shaven portrait of Washington.

To remake all or part of a printing plate or die by making additions or corrections to the design without significantly changing it. A re-engraved stamp may have small details changed, or it may involve major work.

A service added to basic first-class service for which the sender is given a numbered receipt that acknowledges the monetary value of the item being mailed. A signature is required of the addressee upon delivery, and the mail is tracked throughout its journey. If a registered item is lost in handling, the sender may receive compensation for the item. Registered mail, in use by many countries, is used to mail particularly valuable items. Many countries have released registry stamps to pay the registry fee. Registered mail may be sent with or without postal insurance. Covers bearing registry markings and the appropriate postage are frequently prized by postal history collectors.

This term, used as a noun, refers to how closely in alignment different colors appear on a multicolored stamp.

A stamp that was previously withdrawn from government sale and is later placed on sale again. A reissue does not involve the reprinting of a stamp and is indistinguishable from the original other than by postal use.

Stamps left after an issue has officially been withdrawn from sale. In some cases, devalued remainders are sold in quantity to dealers, or are canceled (or otherwise defaced) and distributed to the hobby through other channels.

Defective stamps that have been altered or enhanced in some way to minimize or disguise their flaws. Many kinds of different philatelic repairs have been attempted, with results that range from dreadful to virtually undetectable. Such repairs include (but are not limited to) the filling of thins, the sealing of tears, and the replacement and reperforation of missing margins. Many in the hobby regard stamp repairs unfavorably, chiefly because of the potential for fraud if a repaired copy is offered as a more valuable sound example of the same stamp. Others, however, regard repaired stamps, bought and sold as such, in the same way as one would a repaired antique chest or a piece of old porcelain with a sealed chip or crack - as a less valuable, but more affordable, restored version of a collectible stamp.

A stamp printed from the original plates often after the issue has become obsolete. Such stamps are not intended for postal use; rather, they are created for collectors as philatelic souvenirs.

This form of printing plate repair, usually involving the manual strengthening of a design element, is far less severe and less noticeable on finished stamps than any form of recutting or re-engraving. The latter repairs, often major, create stamps with significant design flaws or differences from normal examples. Like any repair or damage to a plate, however, a retouch will always appear on the same stamp position from the same plate.

A mailing service (available for a fee) where a special penalty imprinted postal card is attached to the mail piece, which is then signed by the recipient and sent back to the original mailer.

A number of different types of items released with stamped, inked impressions to show payment of applicable tax on the paper itself. The most common form of revenue stamped paper is the bank check. Railway tickets and other documents also exist as revenue stamped paper. These items should be saved intact because trimmed or cut pieces have little value.

Special stamps, utilized worldwide, to pay duties or taxes on various good sand services. These stamps, affixed to documents or receipts ( and canceled), show prepayment of these taxes. Revenue stamps may be found on liquor, tobacco, playing cards, stock certificates, deeds, patent medicines, and many other items. Postage stamps used for revenue purposes are called postal-fiscals; revenues used for postage are called fiscal-postals.

A form of perforation applied by a perforating wheel that has a grinding motion. The holes from such perforators are generally rougher than those applied by stroke perforators and are slightly distorted in shape.

This form of printing involves the use of joined, curved printing plates that print on continuous rolls (webs) of paper. Because the plates are slightly distorted when they are bent, stamps printed from such plates are usually slightly taller or wider than those produced from flat plates.

A type of perforating, intentional or non-intentional, that leaves jagged perforation holes.

A form of stamp separation where dash-like cuts are made in the paper to allow stamps to be separated without tearing or cutting. Roulettes serve the purpose of perforations, but, unlike perforations, no paper is removed during the process. The most common form of rouletting is a series of slits applied by a toothed wheel, but there are several others.

A horizontal, single-stamp-tall multiple of stamps from a sheet, pane, or booklet.