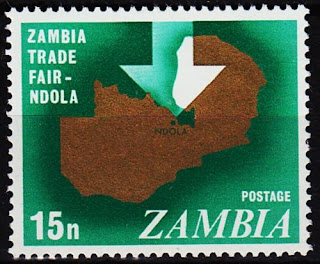 Z is the last letter of the alphabet but also our last in the two year long series on displaying stamps and stamp information for the collective use of stamp admirers.

Also known as point roulette, this is a form of a stamp separation that leaves evenly shaped pointed teeth on stamp edges. No paper is removed during the process.

A margin block of United States stamps bearing the inscription "Use correct ZIP code" in the selvage. These blocks were collected similar to plate blocks primarily during the 1960s and 1970s, when they were most widely issued.

Stands for Zone Improvement Plan, which was a program launched in the early 1960s to speed the processing of mail by assigning a five-digit code to each post office or organized mailing area. The system was the keystone of modern automation and is still an important part of mail processing, although population growth has caused the five-digit code to grow to nine and 11 digits. The 11-digit code is not widely used, however.

A German term, meaning "printed together," that came into use originally as a result of the German state printing office. Beginning in the early years of the 20th century,it made available to collectors full printing sheets from which booklet panes were separated so that booklets could be manufactured. The sheets were too large to mount in an album, so collectors subdivided the sheets so as to yield every possible setenant combination and configuration of the stamps,labels,and selvage possible. Some of these, which might occur only a few times in an entire sheet,are quite valuable, especially when the sheet from which they came was sold in very limited numbers.Others are inexpensive and common.
Posted by StampDad at 7:59 PM No comments: