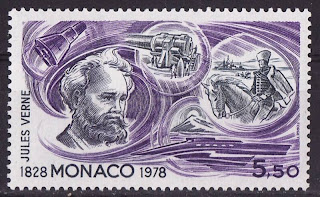 French science fiction writer Jules Vernes imagined space travel more than a century before it was achieved. Five decades ago the only space traveling taking place was between the United States and Russia (then the Soviet Union), both countries producing stamps documenting their enormous achievements. Five decades later more countries like France, Japan and now China are routinely sending satellites, probes and people into orbit. Expect to see more stamps produced in the coming years adding to the small but growing topical collection of space stamps. 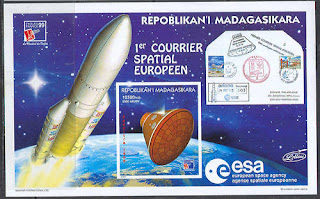 It is exciting to see more additions being added every year as more and more stamp-producing entities (even ones whom do not have a space program) take advantage of new technology and craft digital imaging onto their stamp products. This positive trend will continue to increase the topical inventory of space stamps and build a sub-category of stamping into a major force for collectors worldwide.
Posted by StampDad at 10:19 AM No comments:

Stamp Collecting as a Form of Therapy

We know fine art and writing can be used as a form of therapy to help the sick heal faster. But stamp collecting? I am convinced stamp collecting can also be used in this manner. The organization "Stamps for the Wounded" uses stamps to help wounded soldiers heal faster in hospitals. I have read numerous articles of parents using stamps to help their handicapped or autistic children gain a greater focus on finding their place in the world.
KNS gets emails from single parents using stamp collecting as a bridge to reconnect with children traumatized by the hurt of divorce. What better way to use stamps than as a healing instruments to help people put down their pain and find a surer path to peace.

Here is what we have learned from emails, communication and research:
* Stamps give people time to heal by concentrating on something more worthy than their pain

* Stamps are tangible devices a patient can feel, touch, place, arrange and rearrange

Like most past times stamp collecting holds intrinsic value beyond the mere academic or entertainment tangents. There is an emotional, dare I say, psychological benefit from collecting colourful mementos from distant foreign lands. The mystery of collecting is a type of medicine to the ailing souls desperately in need of urgent intervention. Something must shake these scattered pieces back to a recognizable face. And I believe stamp collecting used as a form of therapy points the way back home.
Posted by StampDad at 8:15 PM 2 comments:

Stamp Alphabet Series: J is for Japan & K is for Korea 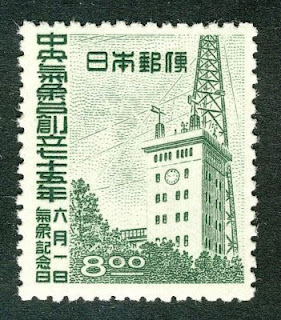 Jet press - Another term for offset printing of stamps.

Joint issue - When a similar stamp design is issued by more than one country on the same day.

Joint line - A line formed by ink that accumulates between two printing plates.

Judenpost - Ghetto stamps issued for the use of Jews interned in concentration camps.

Jury - Judges at a stamp show. 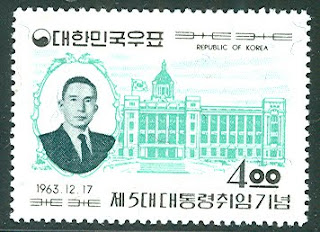 Keytype - A basic stamp design used for the issues of two or more postal authorities which include captions of respective countries, denominations, etc.

Killer - Any obliterating postmark that’s used to cancel a stamp.

Kiloware - Collections (often sold by the kilo) made up of a variety of postally used stamps that are mounted on envelope corner paper.
Posted by StampDad at 5:03 AM No comments: