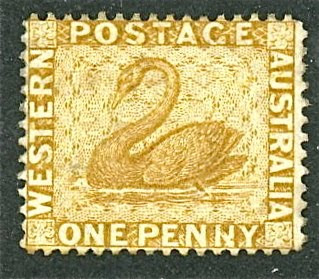 Disparaging term used to refer to speculative stamps issued in quantity chiefly for sale to collectors. The issues of third-world and emerging countries. The idea of reference is that such issues, generally available, at rare discounts, are about as valuable as wallpaper.

A specific form of turned cover most frequently associated with the U.S. Civil War. When paper was in short supply, some people used wallpaper samples and other items to fold down and use as envelopes for correspondence. Such covers, popular with collectors, are generally folded so as to display the wallpaper pattern for exhibit purposes.

Throughout the history of stamp collecting, collectors have found the want list a most effective way of obtaining desired stamps. A listing is made by a collector of those stamps he or she needs, which is circulated among other collectors and dealers. The desired stamps are then obtained through purchase or trade. Such listings generally include the country name, a brief description, catalog number, desired condition, and other characteristics that are helpful to the recipient to locate stamps.

Any tax levied to help finance a wartime effort through the use of revenue stamps.

Stamps issued by various countries to raise money for war. Most represent a tax imposed or the use of the mail, and war tax stamps are required on letters or parcels along with regular postage stamps. Such stamp issues may either be overprinted stamps of the country or issues created specifically for the war tax.

A term with similar connotation to the term "cleaned," but generally referring to used stamps that have had their cancels chemically removed to be illegally reused in the mail stream. An alternative, obsolete use of this term is to describe soaking stamps from paper for legitimate collecting purposes.

Letters impressed on paper during manufacture to discourage counterfeiting. Paper is thinner where the watermark has been impressed and, therefore, appears darker when the paper is immersed in watermark detecting fluid. On some occasions, watermarks are inverted or backwards. Such varieties are quite collectible, but generally do not fetch a premium. Some watermark error exist, such as the U.S. $1 Presidential watermark error (Minkus 553w, Scott 832b). This is a stamp that was not intended to bear a watermark, but has one as a result of a small quantity of watermarked revenue paper inadvertently used. Such errors are usually scarce and command a substantial premium over the standard version.

Non-aqueous liquid that soaks the paper (but doesn't moisten the gum on mint stamps), making it more translucent, and thus making the watermark much easier to see. The watermark detector is a small, shallow ceramic or plastic dish in which a stamp can be immersed in watermark fluid. It is black in color, to make the watermark more readily visible.

One of the many different forms of damage that can occur to an improperly stored cover. Once water has contacted the paper, it frequently dissolves any pigment present and redistributes it throughout the paper fibers. As a result, large spots may be found, primarily around the edges of such covers.

Letters picked up and delivered by a route carrier or mailman. The "WAY" marking may either be hand-stamped or written in manuscript.

The price paid by stamp dealers for stamps or covers they wish to resell. Because stamp dealers derive their sustenance from buying and selling stamps, they must be able to purchase philatelic items at a price that allows them to resell the items at a profit.

First released in 1914, these include a number of types and designs used to pay taxes on cases of cordials and wines.

A huge margin on any one side of a stamp. Wing margins are most commonly associated with British stamps of the late 1800s. Prior to 1880, the gutters on the press sheet between pairs of stamps were perforated, rather than trimmed. As a result, the center margin positions would typically feature either a right or left margin of much larger than usual width. Such stamps are scarcer than normal examples, but like the straight-edged stamps of the United States, wing margin stamps have traditionally been seen as less desirable to most collectors, resulting in a lower value for such items.

Special charity stamps to aid the poor in winter.

Withdrawn from philatelic sale means a stamp is no longer available from a philatelic window, or from the Philatelic Sales Division; however, such stamps may still be found in standard post office stamp stocks for some time. Withdrawn also means when a stamp has been completely withdrawn from all USPS sales windows.

This is the most popular and adaptable form of paper used in stamp printing. Wove paper may either be coated (for gravure and offset printing) or uncoated (for intaglio or letterpress). Under magnification, wove paper shows a woven appearance of paper fibers as they are laid down during the papermaking process. Wove paper also is one of the strongest forms of paper.

There are two primary forms of wrappers. The first is a form of postal stationery in the form of a sheet of paper gummed at one edge with an imprinted stamp design, used for wrapping and mailing periodicals. The second form is most commonly encountered with private die proprietary stamps. In most cases, these refer to wrappers for patent medicine products with the revenue stamp printed as part of the design. Wrappers also can refer to labels and wrappers for products with the appropriate revenue stamp affixed.
Posted by StampDad at 8:59 PM No comments: