Stamp Alphabet Series: B Is For Belarus 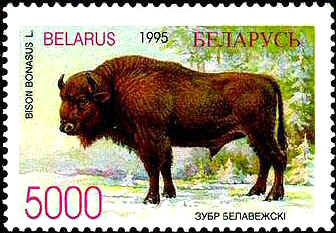 KNS's ----Stamp Alphabet Series will pick a country for each letter of the alphabet as well as some terms and definitions useful to stamp collectors.


Backprint: Printing on the reverse of a stamp. Some countries have printed advertising or messages on the backs of stamps.

Backstamp: A postmark applied to mail by the receiving post office or by a post office handling the piece while it is in transit. Backstamps are usually on the back of a cover, but they can be on the front

Bank Mixture: A high-quality mixture of stamps. It generally represents clippings from the correspondence of banks and other businesses with extensive overseas business, and thus includes a relatively high proportion of foreign stamps of high face value. See also Mission Mixture.

Batonne: A wove or laid paper with watermark-like lines deliberately added in the papermaking process and intended as a guide for handwriting.

Bisect: A stamp cut or perforated into two parts, each half representing half the face value of the original stamp. Officially authorized bisects have often been used during temporary shortages of commonly used denominations. Unauthorized bisects appear frequently on mail from some countries in some periods. Bisects are usually collected on full cover with the stamp tied by a cancel. At times, some countries have permitted trisects or quadrisects.

Bishop Mark: The earliest postmark, introduced by Henry Bishop in England circa 1661. A Bishop Mark was used to indicate the month and day that a letter was received by a post office. It encouraged prompt delivery by letter carriers.Black Jack: The nickname of the United States 2? black Andrew Jackson stamp, issued between 1863 and 1875.

Blind Perforation: Perforations that have been only lightly impressed by the perforating pins, leaving the paper intact, but cut or with a faint impression. Some stamps that appear to be imperforate really are not if they have blind perfs. Stamps with blind perfs are minor varieties carrying little, if any, price premium over normally perforated copies.

Block: A unit of four or more unsevered stamps, including at least two stamps both vertically and horizontally. Most commonly a block refers to a block of four, or a block of stamps two high and two wide.

Bluenose: The nickname for the Canadian 50? issue of 1929, picturing the schooner Bluenose, Canada.

Bond Paper: A security paper of high quality, used to a limited extent in early stamp printing. Originally, bond was made from rags. The modern paper used for first-day covers is usually a bond quality paper.

Booklet: A unit of one or more small panes or blocks (known as booklet panes) glued, stitched or stapled together between thin card covers to form a convenient unit for mailers to purchase and carry. The first officially issued booklet was produced by Luxembourg in 1895.
Posted by StampDad at 5:50 PM No comments: